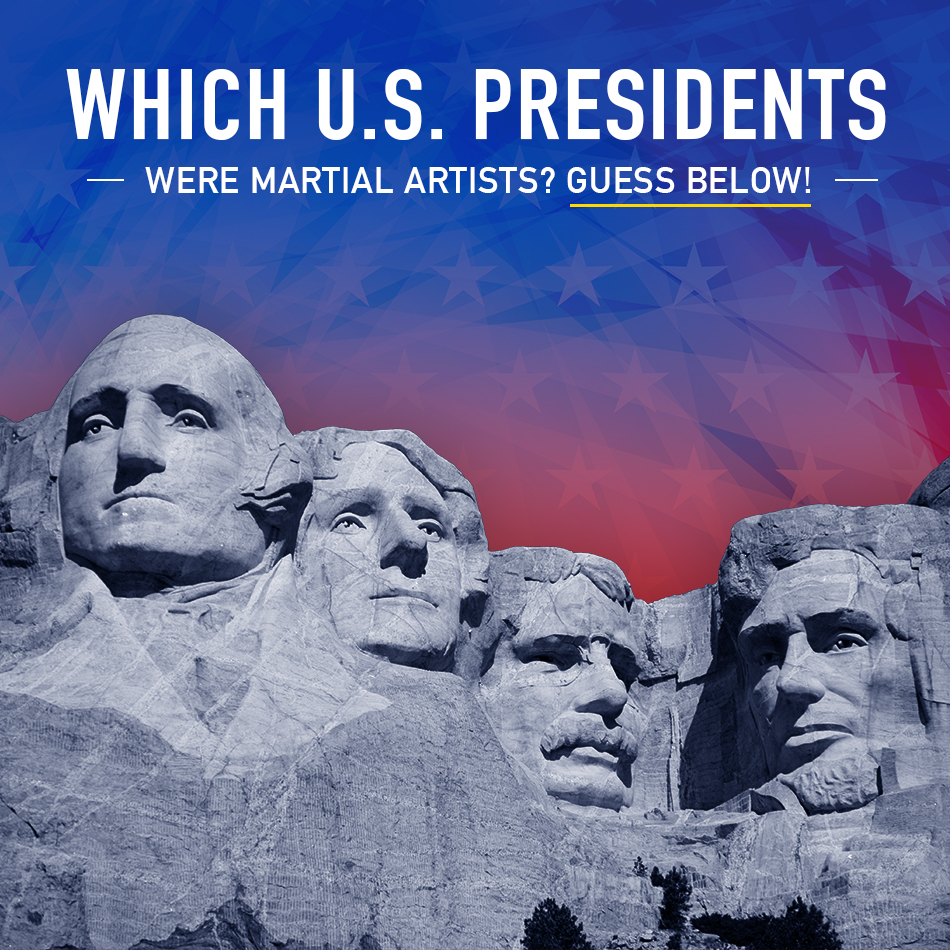 The term “Martial Arts” is a relatively broad expression that encompasses a variety of different disciplines. Typically, when we hear the words martial arts, the first ideas that come to mind are one or more of the techniques that have developed in Asian countries. However, the martial arts are comprised of most types of fighting techniques that focus on hand-to-hand combat. Historically, there have been a number of Commander-in-Chiefs who have studied at least one of the martial arts. Most often, wrestling has been the discipline of choice, but there have been a few who’ve gone with disciplines that originated in Asia.

Washington was not the type to take an attack lying down, not even at 15. To deal with bullying at school, He became proficient in an old Irish folk wrestling art. This art, called “collar and elbow,” involves learning a series of Kicks, Throws, Trips, Pins, Chokes, and Locks.

Long before he was president, he was known locally for his size and strength. Also skilled in collar and elbow wrestling, he was once asked by the locals in Illinois to take on the town bully. Lincoln agreed. It was no contest. Problem solved.
Even after he began his political career, he would intervene if he saw a bully at work. Once, during his legislative bid, he saw one of his supporters being roughed up during his speech. He stopped speaking, tossed the guy 10-12 feet, then went back to his speech.

Also a wrestler, Grant would sometimes let his form of martial arts have an effect on his work. In fact, during the famous surrender of the Confederates at Appomattox, it’s said he apologized to General Robert E. Lee for the disarray of his camp. Apparently several of the “boys” had joined Grant for an evening of wrestling the previous night.

Teddy Roosevelt took up demanding exercise to help treat the illnesses and asthma he suffered as a child. Known to be extremely adventurous, once during his travels he had the opportunity to see a demonstration of one of the popular martial arts, Judo. After seeing it performed, he knew he had to give it a try. He eventually achieved the rank of 3rd Brown in Judo.

Barack Obama trained in Taekwondo while still in Chicago, IL when he was working as a professor and part-time state senator. His instructor was David Posner, who remembers him as a very diligent and disciplined student. President Obama eventually earned a green belt for this discipline of the martial arts. Then, in 2009, during his presidency, South Korean president Lee Myung-Bak awarded him an honorary black belt during a visit to South Korea.